On the war memorial in church are the names of seven men who gave their lives for their country in the First Word War, 1914-1918.

To commemorate their sacrifice we have been trying to find out something about these individuals and we have put together what we have found, and displayed it in church.  You’re very welcome to come and see what we have pieced together.

The first named is Walter Boardman of Hugh Lupus Street, who Joined up In July 1914 and died at the Somme in August 1916.

The last of these, and we think the youngest, was James Isherwood Bolton, who died, aged 20, on Peace Day, the 11th November 1918. Having survived the bullets he tragically died of “Spanish Flu” on the last day of the war.

We Will Remember Them… 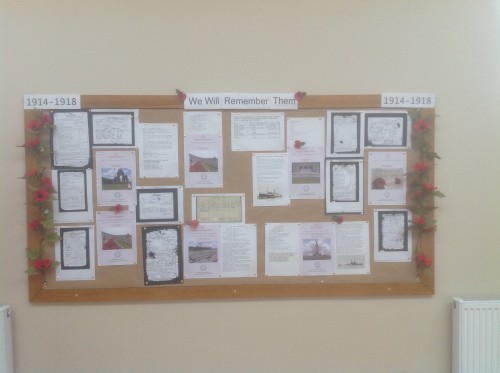 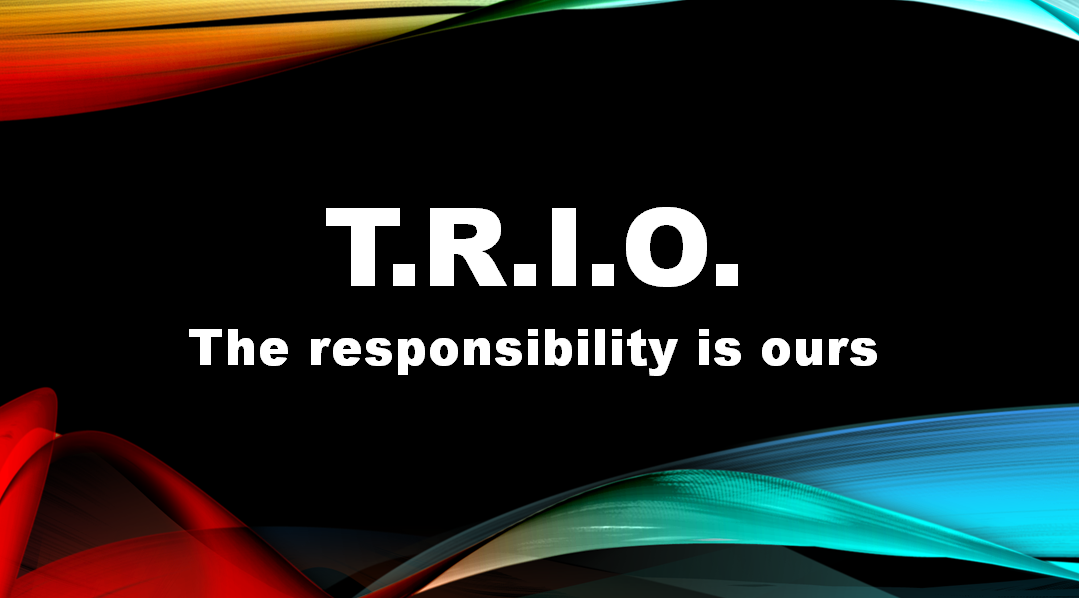 You can download a copy of Val’s powerpoint presentation on TRIO be clicking here.

Where do we come from?

The United Reformed Church is one of the smaller mainstream denominations – but although it is small it plays a dynamic and challenging part in the British Christian community.

The URC seeks to work with all traditions and rejoices in being part of more than 400 Local Ecumenical Partnerships (Methodist, Anglicans, Baptists and others). It is also committed to theological and cultural diversity – valuing and holding together different insights and understandings.

The Statement of Faith and Order, helps us to understand this and to see how it works out in practice.

We uphold the historic Trinitarian Creeds;

We find the supreme authority for our lives in the Word of God discerned in the Bible, through the Holy Spirit;

In things that affect obedience to God the Church is not subordinate to the state, but must serve the Lord Jesus Christ, its only Ruler and Head;

We order our lives through Councils of the church, where Ministers and lay people together discern the mind of God.

(Many thanks to the Rev. Angela Hughes of Stainbeck URC for that summary.)

We’ve added a new page to tell you more about what the URC believes in. You can find it here or by looking at the menu under “About Us” 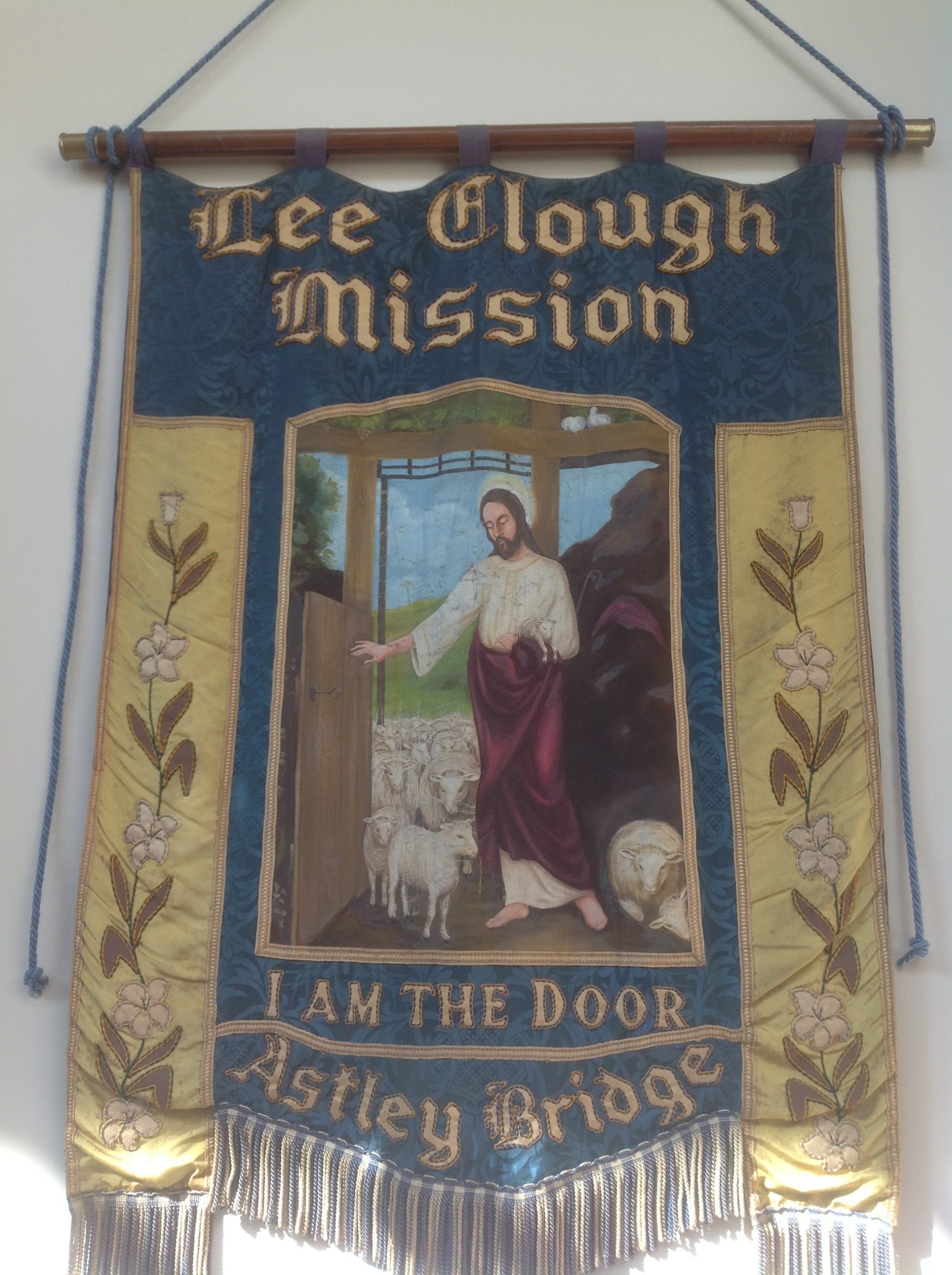 OUR HISTORY – WHERE IT ALL BEGAN

Bank Top Church was built in the 1830s and appears on a map of the area dating back to 1847.  Originally it was six terraced cottages, which were built for the textile workers of Henry Ashworth, at his New Eagley Mill at Ashworth Bottoms, at the Bank Top end of Ashworth Lane.

The Ashworth’s were a family of non-conformist gentlemen manufacturers.  Henry Ashworth took control of his father John’s mill in 1818 at the age of 24.  Between 1822 and 1825 he doubled the size of the mill and by 1835, with his brother Edmund as partner, employed 300 operatives.  Later in the 1840s the workforce would increase to 1000.

Henry Ashworth was a leading liberal and became the first Quaker magistrate in England.  He was a director and president of the Manchester Chamber of Commerce and first president of Bolton Reform Association. He was a leading social reformer and to house his growing workforce Henry built his first workers’ cottages in Ashworth Bottoms, on the other side of the river from his house, The Oaks, near to where Canon Slade School now stands. Later, at Tops Farm, at the top of the valley, Bank Top Village would start to take form and by 1867 there were 71 cottages for the New Eagley Mill Workers.

Henry Ashworth provided homes for his workers to ensure their health and well-being, which in turn proved beneficial to himself and his business.  Every house had a back yard and an outside lavatory.  Indoors was a water boiler, an oven, and from 1835, a water supply.  Each year the houses were painted by the Ashworth’s, and inside they were wallpapered.  The cottages, including the ones now occupied by Bank Top Church, were built from stone at a cost of between £80 and £140 per dwelling, depending on size.  Rent varied between 1s 6d and 4s 3d per week, again depending on the size of the accommodation.

Ashworth had built a library and school room at the New Eagley Mill, but in 1833 the school was moved to Bank Top Village, situated in the end cottage next to where Bank Top Church is.  In 1838 a large reading room, library and small lecture room was built, enlarged in 1849.  It had around 90 members from his workforce.  By 1857 this library was again extended to house 1500 books.  Early in 1860 a cricket and recreational ground was opened.

In the six cottages, now the Church, the tenants were re-housed and the cottages became a social club for Ashworth’s workforce.  Bank Top’s original day school was built in 1833.  Here 150 infants attended classes, and 184 adults went to evening classes.  In 1844 this had grown to 316 children and 615 adults at Ashworth’s Sunday schools.  At the Ashworth School non-denominational scripture was taught as part of the curriculum.  His commitment to worker education resulted in a large personal investment of £30000 into education in Bolton as a whole, particularly at Bank Top.

An Ashworth spinner, James Greenhalgh, who had been in the trade 38 years, told the Factory Commission in 1833, that ‘of 500 heads, only 5 could not read, and those 5 came from Manchester lately.’

Twenty years later the school had expanded; it had a headmaster and mistress and three professional teachers, instead of the more literate workers taken as teachers.  Ashworth’s new school, built from 1854 and opened in May 1856 was named the New British School at Bank Top, named as such because of its association with the British and Foreign School Society.

In 1910 the Congregational Council was approached to form a church at Bank Top, and this was established at the school.  It was in 1926 that the Church was transferred to its present building, the former workers’ cottages which had subsequently been a social club for Bank Top Village.  Club membership had dwindled and a descendant of Henry Ashworth’s, Mr G Ashworth of Birtenshaw Hall, offered the church these now derelict cottages for Bank Top Church.

From an article written by Diane Sammon for the Church’s 90th anniversary.